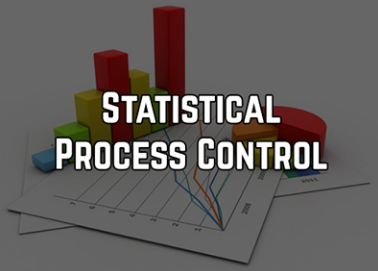 This 3-session seminar will cover:

Attendees will receive copies of the slides and accompanying notes, and also Excel spreadsheets with the example data used in the presentations.

There is a direct interrelationship between variation in product characteristics and quality, and variation is why purportedly interchangeable parts are sometimes not interchangeable. Process capability indices measure quantitatively the amount of variation in a process, and therefore the process’ ability to meet specifications. Statistical process control (SPC) meanwhile provides advance warning that a process’ mean is drifting away from the nominal, or the process’ variation has increased, and an SPC chart is an important supporting element for a good capability study.

Customers often request process performance metrics from their suppliers, and this may be mandatory in the automotive sector (IATF 16949:2016 clause 9.1.1.1). Even if it is not mandatory, it is extremely useful to assess the process’ ability to meet specifications. It is therefore vital to know more than just the mathematical mechanics of their computation. These metrics can be highly misleading, and even off by orders of magnitude in terms of the process’ nonconforming fraction, because of:

Process capability and process performance assessment are meanwhile synergistic with statistical process control. SPC can provide advance warning, in the form of points outside the control limits, that process capability and performance have been reduced by (1) an increase in variation or (2) a shift in the process mean. If the process is no longer centered on the nominal, then the fraction of nonconforming work will increase.