Introduction to Design of Experiments 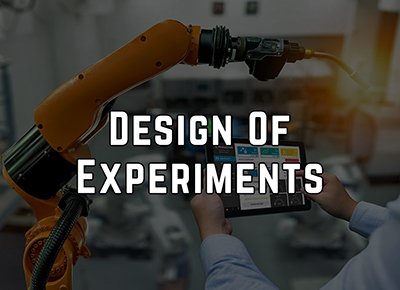 Design of Experiments (DOE) is an important technique for root cause analysis (RCA) and process improvement. As an example, when potential trouble sources are identified from a cause and effect diagram, DOE can be used to determine which of the factors are likely to be important. DOE can also develop quantitative models of the nature y=f(x) (y is a function of x) where y is often a critical to quality characteristic.

While DOE is normally a subject for full-length college courses, the basics can be covered in a one-hour webinar. These fundamentals include hypothesis testing, which also carries over into acceptance sampling and statistical process control, as well as design of the experiment to exclude extraneous variation sources (randomization and blocking techniques).

Objective of the webinar:

Attendees will learn the fundamentals of DOE, some of which carry over into other industrial statistics applications such as acceptance sampling and statistical process control.

Areas Covered in the Session :